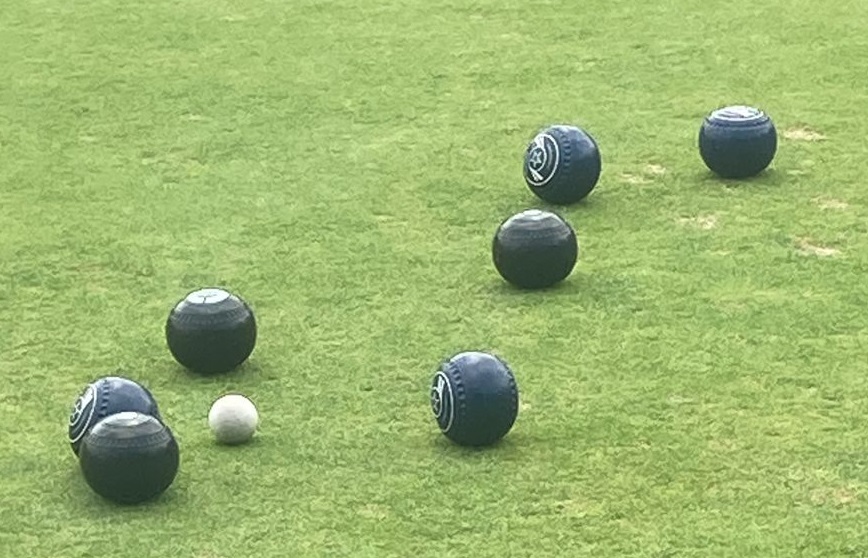 The club had a good day at the 2022 Walthamstow And District finals yesterday, hosted at The Connaught Club, with Kevin Bates winning the Men’s Singles, the pair of Kevin Bates and Karl Bunyan winning the Pairs, and then Kevin again winning the veterans – to make it three wins out of three on the day.

The singles against Martin Heath of Silverthorn was a tight match throughout, with Martin initially dropping a few points behind before getting a lead at 8-2. 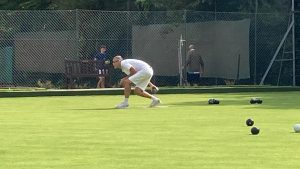 Kevin began to just about outscore Martin in the next few ends, getting back to 8-5 down, then 11-9 behind, before deciding to take the mat up the green and making it 12 all. 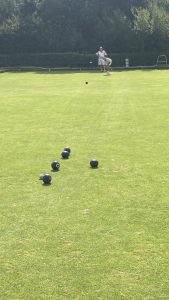 The next few ends were close with Kevin taking the points, sometimes down to a three-way measure, to open up a lead at 15-12 for the first time since the second end. 16-12 became 16-13, then a three took it to 19-13 and the winning threshold of 21 points was in sight.

Kevin was two down at 19-14 but picked up another single, now needing only one for the title. Martin saved the shot with his last wood, making it 20-15, and the next end saw Kevin’s close draw knocked out by an excellent shot to leave Martin holding two.

The comeback wasn’t to be, though, and Kevin drew with his last wood to take the match 21-15. 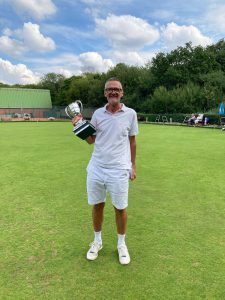 After a short break for lunch it was back to “work” for Kevin, now playing with Karl Bunyan in the pairs final against Steve Francis and Malcolm Andrews, both of Connaught.

Wary of the opposition’s home advantage, having won the toss the WBAP took the mat up the green from the first end and Kevin’s excellent form continued as he surrounded the jack end after end. Steve Francis saved some big counts in the first few ends, but was still 9-0 down with five ends played.

Scoring was mixed from then on, with the Connaught pair staying just in touch thanks to Malcolm beginning to find his line and length and Steve continuing to save or convert. Most notably taking a four shot deficit to a three shot score with a last wood jack in the ditch.

It seemed like it could be a turning point as Kevin and Karl were only three points ahead at 11-8, but they continued to work at their game and the match was conceded by Steve and Malcolm when they needed to score six on the final end. 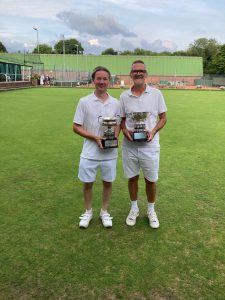 There was still no rest for Kevin, though, who somehow managed to maintain his concentration, despite having bowled nearly two-hundred woods over the course of the day already, and at just before 5pm he took on Chris Dennis of Wanstead Central in the Veterans.

Both were bowling well, but again it was Kevin who came through in the end picking up his third trophy of the day. 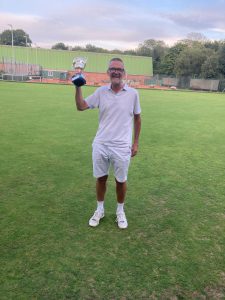 Thanks to Dave Baxter for organising the tournaments throughout the season, and The Connaught Club for hosting the finals and providing a buffet lunch.